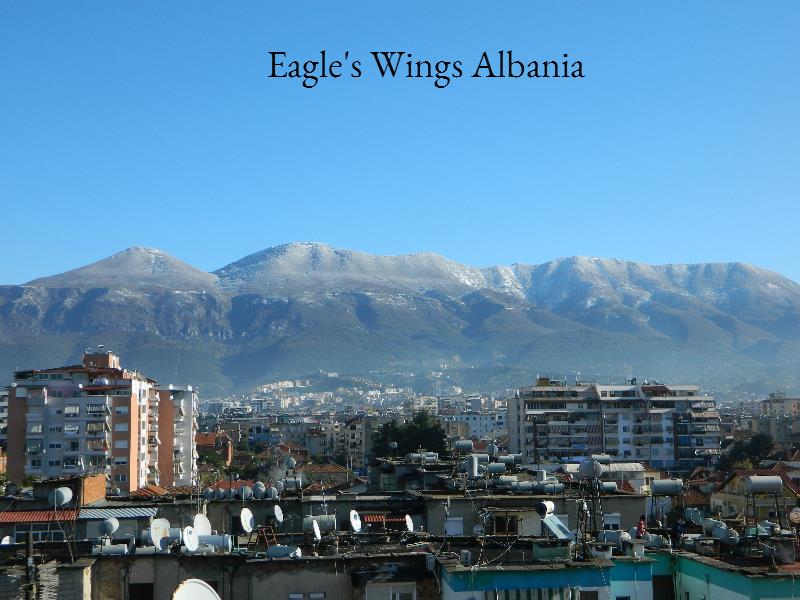 In mid-November the Board had a time of fasting and prayer and decided to step out in faith to open the home for teenage girls! We are hoping all will be in place by January 2014. Though some of the funds still need to be raised, we believe He is calling us to move forward. Please pray for God’s provision!

We offered Juli and Jona the House Parents position, and they have agreed to step out in faith with us and serve in this ministry! Read their interview in this Newsletter and pray for them and their two little girls as they begin to transition from their current work and living situation.
Before we can open the home, a few key pieces need to fall into place:

Since the EW Board voted to move forward with opening the home as soon as possible, there are several indications that the timing is the Lord’s.
On November 25th Bena, our Program Consultant, and I attended a meeting with the new Director of Social Services for Albania. She started the meeting very humbly, saying her experience was primarily with women and that she needed our input on the needs of children. She went on to explain that the purpose of the meeting was to talk about the issue of orphans aging out of orphanages. This was the FIRST time in years we have heard Social Services admit there is a need to intervene for these older orphans.

We had much discussion with them and others, and all were very positive about the work of Eagle’s Wings.
Because of the restructuring of a large Christian NGO in Albania there are about 30 very qualified Albanian Christians looking for work in the area of child services.

Several have already applied for our position as an Alternate.
Two Albanian women from two different churches have shown an interest in becoming board members for EW. Both are professionals who are very connected in their communities and interested in the work of EW. They will be making a decision soon.

There have been several invitations by churches to share about EW’s vision and mission. The pastor of my church in Tirana recently met with me and asked how the church could support EW. So in January I will have an opportunity to share briefly in one of our services. Also two other Albanian churches are interested as well.

The need is still big.. we hear of young people every week who need a place to go. We still need regular donors and prayer partners to keep this important work moving forward.

Thank you for your prayers and your donations, please keep asking God for His perfect work!

Why do we work in prevention of anti-trafficking?

The U.S. Department of State Trafficking in Persons Report 2013 reports: “Albania is a source country for men, women, and children subjected to sex trafficking and forced labor. Albanian children are subjected to begging and other forms of compelled labor. Some Albanian girls are subjected to sex trafficking or forced labor following arranged marriages.”
Though the state and a few NGOs work in the rehabilitation process, there are only one or two few agencies in Albania that specifically target high-risk teens with prevention opportunities. 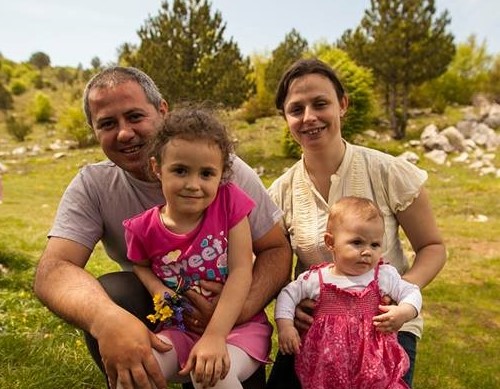 It is with great pleasure that Eagle’s Wings Foundation announces our new House Parents, Juli and Jona Osmani. They were chosen after interviewing many couples and through a process of long talks and role plays with Jona and Juli. We want you as our donors and supporters to know more about this amazing couple who have agreed to take this important role for the Foundation.
Jona and Juli both became believers in their high school years after the fall from Communism and after Albania opened its doors to missionaries. Jona was 16 and staying with friends who were students in a new Bible School. They began coming to her house each afternoon sharing the Bible and one day she prayed to receive Christ. Juli says he was a bit suspicious at first of Christianity but as he saw change in friends’ lives, he too became a follower of Christ. The following is a recent interview with them.

Interviewer: What was your life like in your families growing up?

Jona: I grew up in Tirana and have a brother and sister 12 and 13 years older than me. My mother and father had a good relationship with each other and when I was 20 years old, my Mom became a believer and began attending church with me where she was very active. My father later became a believer, but died suddenly of a heart attack after 3 months of believing.
Juli: Our family lived in Lac, (considered the North of Albania) my sister and I were very close with our parents. My father had a strong value of being honest, even before he was a believer. He came to Christ after my sister asked him to discuss the Bible with her. Later my mother also became a believer.

Interviewer: How did you meet?

Juli: We met each other when I was in Tirana for a Bible School and were put together with others to evangelize four different families. Later, when I came back to Tirana to live and work, we met again and became interested in each other. We really became close when Jona lost both her parents, her dad in Oct. 2005, and her Mom was hit by an automobile and died in 2006. The tragedies seemed to make us closer as friends.

Interviewer: What is your training and jobs that you have had? Have you ever considered doing something like this before?

Juli: I have worked as a driver with different organizations and I worked for the city police for four years in security. I have also had part times job as a manager. In high school I studied to be a painter and that is still a hobby of mine. I enjoy working with a team but I am also fine working on my own and I do not mind taking responsibility for a project from beginning to end.
Jona: I finished university with an emphasis in Albanian history and as a teacher for high school. I have worked as a secretary for church, a sales clerk and as an assistant for a distribution company. I enjoy working with a team instead of all alone, though I have done both. I do not have a problem doing anything if there is a specific goal. We had never thought about doing this type of work and when we first heard about the vision we thought that each family would only have one girl. We prayed a lot about just taking one girl, and believed God was leading us to do that. Then we understood it was for a larger number and we prayed even more.
Juli: We discussed everything together and even how it would impact our own children and we asked EW to consider taking 4 girls to start with because we felt it would be more manageable in Trana, and more like a true family.
I was very aware of the situation in Albania for teenagers, especially those who are orphans because in my home town of Lac there is an orphanage mostly of younger children and my mom works there. Once when I was working with a Christian organization doing summer camps I met a boy whose father was in prison and his mother had left him with his grandmother who was struggling to care for him. I was able to connect him with the Christian orphanage in Lac so he could have better opportunities. It was very rewarding to be able to help him and I still see him from time to time.
Jona: We love to have people in our home, so having a family of six will be natural I think. For years we have been seriously praying for God’s calling in our lives and we feel this is a part of it
Juli: We want to make disciples for Christ as our mission. As far as having a home for girls, we see this as ministry and we want to teach them well, as our parents taught us and we want to see the fruit of that. It seems like the Teaching Family model will enable us to see that. We want to give a 7 yr. commitment

Interviewer: What do you like to do as a family?

Jona: We like to be outside and active as a family, enjoying nature, taking walks etc.
Juli: I like to hunt and fish and Jona and I are members of the CMA, Christian Motorcycle Association in Albania. Their vision in all countries is to “change the world one heart at a time” We meet bikers (who are not often Christians) and have friendship with them for the purpose of sharing the gospel with them. We like to ride also, but these activities are usually only once a month and only for a day. We also want to stay involved in the humanitarian aid distribution for our church

The EW Board is excited to welcome Jona and Juli to the EW staff and also their two daughters, Krista, age 6 and Eden, age 1. 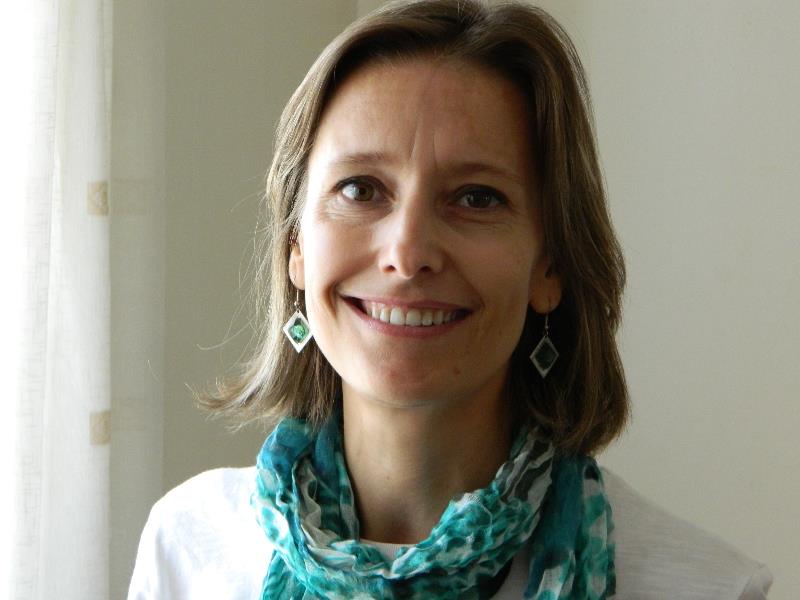 Alda’s Trip to the US Provides New Contacts and Training

Mid-October I traveled to the US to speak at two conferences and attend the National Teaching Family Conference. I’m thankful to Marcia Bronson, EW Board member, and Herb Codington, Presbyterian pastor and friend, who organized the speaking opportunities at the two conferences in PA and in NC. I’m also thankful to Presbyterians for Renewal, the agency that funded my travel expenses.
I had the opportunity to speak in large sessions, workshops, and through conversations with individuals, sharing the vision of Eagle’s Wings. Many people signed up to receive newsletters, and several have already begun donating to the foundation. There was even time to meet students in a Christian high school, and the Clinton, SC newspaper wrote a wonderful article about EW.
I also had time to meet with the house parents (called Family Teachers) at Thornwell Home in SC. There is not space here to explain all the practical things I saw and learned from meeting these dedicated couples face to face. One weekend I had the fun of visiting friends from Rome, GA, who came to Albania a year ago to see EW’s work first-hand.
During my last week in the States I attended the Teaching Family Conference in Salt Lake City. The large sessions, workshops and smaller conversations were very affirming in our direction. Teaching Family is researched based and has real stories of changed lives. 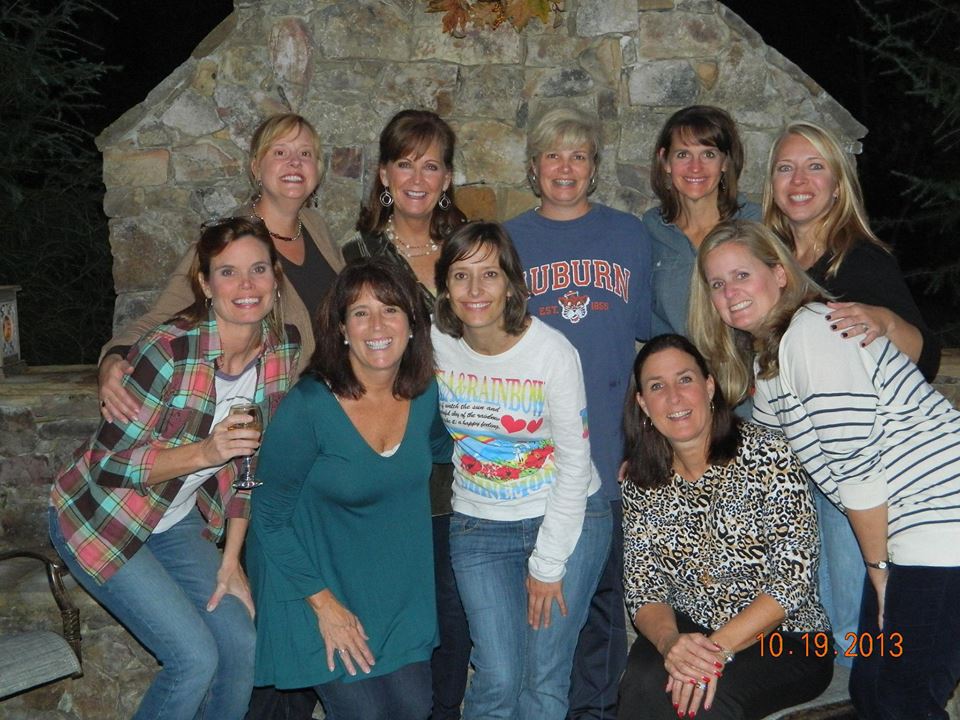 The “sisters” from Rome welcome Alda

One weekend I had the fun of visiting friends from Rome, GA, who came to Albania a year ago to see EW’s work first-hand.
During my last week in the States I attended the Teaching Family Conference in Salt Lake City. The large sessions, workshops and smaller conversations were very affirming in our direction. Teaching Family is researched based and has real stories of changed lives with lots of training and support for our EW. 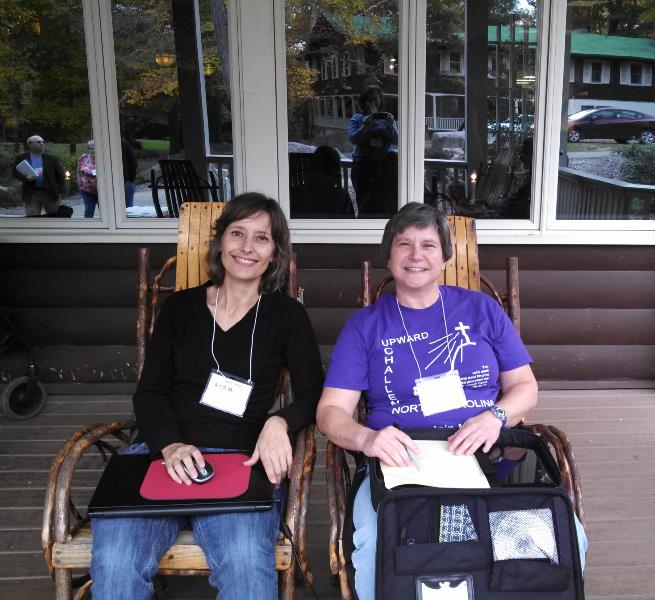 EW Board member Marcia Bronson and Alda take a break at one of the conferences.